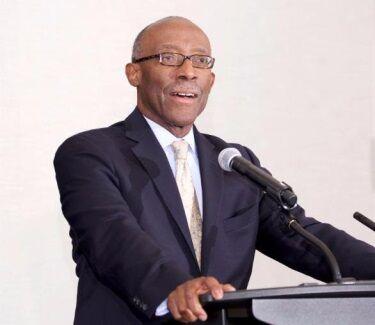 The National Association of Black Owned Broadcasters has much to celebrate in the new year – first and foremost, the 75th anniversary of Black-formatted and Black-owned radio in the U.S. – while facing continued challenges when it comes to increasing station ownership and generating revenue on existing stations.

“The future is very positive for Black ownership in broadcasting – but it’s not an easy future,” NABOB President and CEO Jim Winston, who in 2022 celebrated 40 years as the association’s Executive Director, said during its “2022 Reflections and 2023 Projections” webinar. “Critical to the survival of existing broadcasters is getting advertising dollars. If you own a station, you can have a huge audience, [but] if advertisers are not advertising to your audience, your station is not going to be successful. We have to educate advertisers about the business value of advertising on our stations.”

To that end, NABOB, as the first recipient of a grant from General Motors’ Diverse Owned Incubator Fund, has put that money towards developing several series of podcasts, one of which focuses on digital sales strategies for radio. “Digital sales is where advertising dollars are growing, and every radio station has to have a digital strategy,” Winston says. “We’re going to show [stations] how to develop, maximize and grow that strategy.”

Also on the agenda for 2023 are continued meetings with Nielsen addressing ratings, which Winston says are “erratic and very questionable for many of our stations,” while expanding its partnership with BIA Advisory Services which began in 2022. BIA’s study estimating gross revenue for each of NABOB’s stations showed, Winston says, “the situation is not very good. We have many stations in markets unmeasured by Nielsen, [and] we found far too many stations grossing less than a million dollars a year. This is the kind of information we need to go to advertisers and say, if you’re serious about helping to grow Black-owned media [and] improving Black communities, the businesses serving those communities have to do better. This is the data you need so that you can help us grow the Black broadcast industry and Black communities across the country.”

While another podcast series being developed by NABOB, and hosted by Winston, aims at helping prospective Black station owners with how to buy one, and existing Black owners with how to buy more, he admits more needs to be done to make that easier, specifically when it comes to current FCC regulations. “We have seen many African-American owners squeezed out of the business, and many more struggling, because of having to compete with large competitors who can own as many as eight stations in some markets, and we’re concerned that the FCC is being pressured to further relax its ownership rules. That is bad for NABOB’s members and for competition in the industry, and NABOB will be actively involved in discussing this matter with the FCC.”

With sales success stories in 2022, such as $3 million in advertising generated just by Black-owned stations in NABOB’s Spotset Radio Network, Winston is “looking to see those advertising dollars grow immensely. We’re hoping that we can get $75 million worth of advertising to celebrate the 75th year of Black-owned radio.”

We use our relationships with reporters, editors and producers from across the country to gain valuable earned media so your message can be heard. We partner with business and individuals to meet Public Relations goals through advisory, facilitating media interviews.

Across podcasting, efforts are underway to help bring more diverse voices into the medium. Now the industry is getting some…